I am from Lithuania where I finished Bachelor’s degree in Biology (2014) and Master’s degree in Industrial Biotechnology (2020). I did my final Bachelor graduation thesis “Study of GATA6, NDRG2 and RUNX3 Gene Promoter Methylation in Different Malignancy Grade Gliomas” in the Department of Neurosurgery of Hospital of Lithuanian University of Health Sciences. Master’s degree thesis was focused on the synthesis and application of liquid bioactive fertilizers in hydroponics systems. In addition, I have almost 4 years work practice in The State Plant Service under the Ministry of Agriculture (Lithuania) in Plant Variety Division where I worked with national and EU legislation, the performance of Tests for Value for Cultivation and Use for plant varieties. During my previous experience, I had the chance to work in different research areas and now, thanks to the PoLiMeR consortium and the Manchester Institute of Biotechnology, I have the opportunity to be Early Stage Researcher. 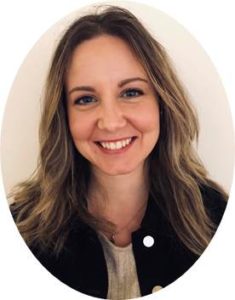 I’m from the amazing city of Pisa where I got my MSc degree in Pharmaceutical Chemistry.I did my MSc Thesis in collaboration with the Istituto Superior Técnico of Lisbon, where I worked on the development of new Tacrine’s derivatives as new potential drugs for Alzheimer’s Disease. During that, I had the opportunity to learn a variety of techniques in organic chemistry as in biochemistry and molecular modeling.

After graduated in Astrophysics at University of Toulouse (France) and in Cosmology and Quantum field theory at University of Montpelier (France), I turned to the exciting interface between Physics and Biology. I worked for 5 months in a medical imaging company where I had to develop image segmentation algorithms. Then, I worked in a Theoretical Physics group where I performed stochastic simulation of reaction-diffusion systems in order to investigate bacterial segregation and protein spatial oscillation. I finally did a last master degree in Physics of Living Systems where I did my thesis on exclusion processes with applications on molecular motors motion. 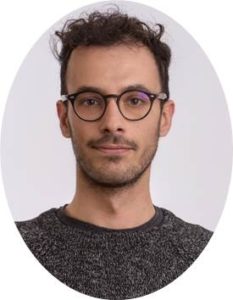 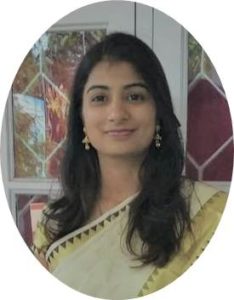 I am Madhulika Singh. I am from India. I have done my Master’s in Medicinal chemistry background from NIPER, Mohali India on the topic “Design and Synthesis of 2-(2’-Arylphenyl) benzoxazole derivatives as potential COX-2 inhibitors”. After completing my master’s, I have worked for 3.5 years in industry as bioanalytical and metabolite identification scientist in Drug Metabolism and Pharmacokinetics department. The work involves performing in vitro assays (Metabolic Stability, Microsomal and Hepatocyte Metabolite Identification, GSH trapping, Solubility) along with their quantitative estimation. A major portion of my work involve the metabolite identification study of unknown compounds of microsomal and hepatocyte incubated samples alongwith their characterization.

I received my Bachelor’s degree in Bioinformatics and Master’s degree in Pharmaceutical Science from Chongqing University (China). After graduation in 2017, I worked as bioinformatician at the Southwest Hospital, where my responsibilities were to analyze the data from next-generation sequencing, such as WGS, WES, and RNA-seq et.al, and get insights into the molecular mechanism of cholestasis. Currently, I am a PhD student within PoLiMeR consortium in the Science for Life Laboratory (SciLifeLab), KTH, Sweden. I will develop novel computational methods to integrate GEMs (genome-scale metabolic models) with signaling networks and then apply these approaches to predict hitherto unknown signaling pathways or transcription factors that may be implied in inherited metabolic diseases. 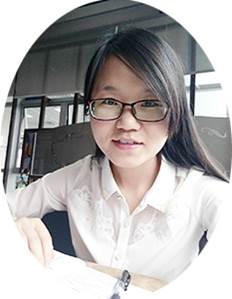 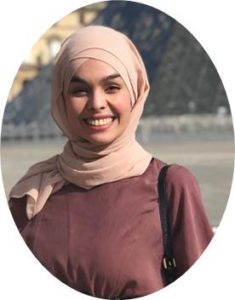 I am from Algeria. I have graduated from Sorbonne University, Pierre and Marie Curie Campus, France, with a master’s degree in mathematics and applications. It was about solving real-world problems in different areas(physics, biology, computer science, etc.) through the analysis and the numerical simulation of appropriate mathematical models such as partial differential equations and computational mathematics. I had the opportunity to do a master’s internship entitled ” Infinite behavior in space for the complex Ginzburg-Landau equation” in the laboratory of Jaques-Louis Lions (Paris).

I received my bachelor’s degree in Informatics and Computer Science from the British University in Egypt in partnership with Loughborough University, UK, 2014 specializing in Software Engineering. I have been working as a teaching assistant from late 2014 where I was responsible for delivering practical programming labs and tutorials and then I have been promoted as an assistant lecturer after defending my master thesis. My previous work focused on developing a rule-based recommender system that predicts the student’s academic performance based on an enhanced consolidated decision tree algorithm that solves the class imbalance problem as well as generates the smallest accurate decision rules. 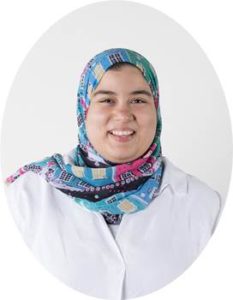 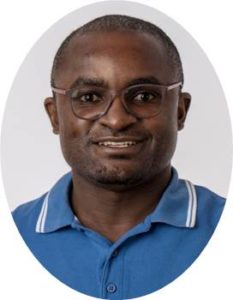 I did my master’s degree at the University of Stellenbosch in South Africa, in the molecular systems biology laboratory, where I fell in love with the field. My topic there was the experimental validation of a computational model of yeast glycolysis – a nice prelude to my current work on fatty acid metabolism in humans. I hope to see the reach of systems biology grow and help to solve the most important issues of the day, also in my native Africa. 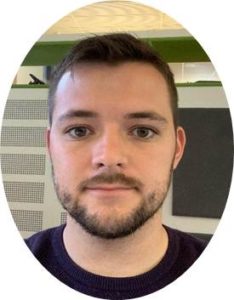 Siti is a Phd student at Laboratory Metabolic Disease, University of Freiburg, Germany. Before starting her PhD, she work as nutritionist in multinational animal-nutrition company based in Indonesia. Her first study abroad was when she in fourth year of her Bachelor degree and selected as student for Junior Year Program in English (JYPE) at Tohoku University, Japan. After graduated from Bogor Agricultural University, Indonesia, she came back to Tohoku University to pursue her master degree.

I am working at MIMETAS (the organ-on-a-chip company) in Leiden (NL) as part of the PoLiMeR project. I grew up in the south of Switzerland and moved to Zurich to study biology and biomedical engineering at the Swiss Federal Institute of Technology. I am pursuing my passion in developing advanced in vitro models and PoLiMeR gives me the fantastic opportunity to couple core scientific research with industrial application of organ-on-chip-models. 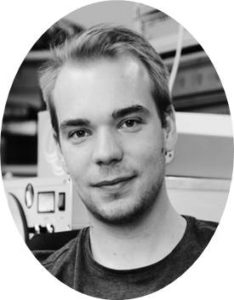 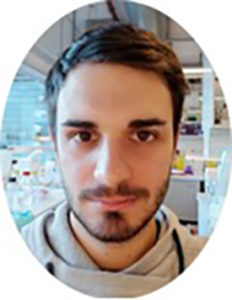 Eugenio Ferrario
University of Bergen, NO

I obtained my master’s degree in the faculty of Pharmacy at the University of Oriental Piedmont (Italy, 2019). Right after my graduation I had the opportunity to start working in a start-up where I approached and started to feel passionate about protein biochemistry and crystallography. After, I won a fellowship on “Innovative Process and pRoducts of grEen cheMistry (PRIME)”, in collaboration with the University of Oriental Piedmont and an industry related to the field. Now, thanks to the PoLiMeR consortium and the University of Bergen, I have the chance to purse my passion for protein biochemistry and crystallography studying Fatty Acid Oxidations Disorders (FAODs) in the human body.

I am a biologist from Sao Paulo, Brazil. I hold a master’s degree in Morphofunctional Sciences by the University of Sao Paulo (Brazil). From the beginning of my scientific trajectory, I have had the opportunity to experience multidisciplinary environments and different research areas related to Biology (e.g. Ecology, Physiology, Molecular Biology). At that time, I realized how science had an essential role in the society as an instrument of progress, inspiring me to learn how to convert the knowledge generated at university in benefits to society. 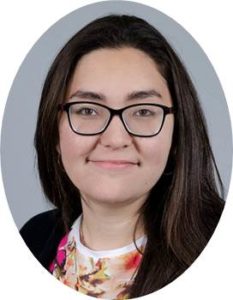 I Have done MSc in biochemistry from Bangalore University (2015) and Master of Research in cancer biology from the University of Dundee (United Kingdom, 2017). Project assistant at Indian Institute of Science to work on 3D culturing of breast cancer cells and lectin staining of developing limbs and wings of chick embryo is a great add on to his research experience. My current PhD project focuses on Glycogen storage disease type 1 (GSD I). I am investigating the perturbed signaling and the role of autophagy in GSD I to find the novel therapeutic targets in GSD I mouse model system.

I received my Bachelor’s degree in Biotechnology in 2014 at the University of Girona (Spain). I did my Master in Biomedicine at the University of Barcelona (UB), where I specialized in molecular mechanisms of cancer. In addition, I took an MBA degree focused on the pharmaceutical industry in Barcelona. Now, I am a PhD student within the PoLiMeR consortium in the Lab of Metabolic Signaling (Universities of Innsbruck and Oldenburg), under the supervision of Prof. Dr. Kathrin Thedieck and Dr. Alexander Martin Heberle, and the co-supervision of Prof. Dr. Mathias Ziegler. Our main area of research is the role of mTOR and autophagy in inborn errors of glycogen metabolism. 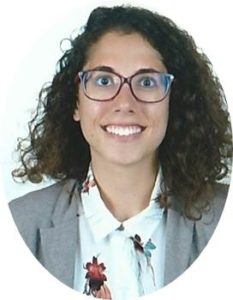